FAIR’s Hold Their Feet to the Fire Radio Row 2022 Brings Hosts and Guests Together in Washington, DC. Today (9/22) is the second day of the two-day radio row presented by Federation for American Immigration Reform. The 15th annual “Hold

Their Feet to the Fire” began on Wednesday with more than 65 talk media personalities interviewing politicians and immigration experts and discussing the hot-button issues immigration reform and the problems the nation faces with the recent surges of migrants at the U.S.-Mexico border. Pictured above are two of the hosts taking part in the radio row. Above left is WNRI, Woonsocket, Rhode Island personality John DePetro flanked by U.S. Rep. Marjorie Taylor Greene (R-GA), and above right is WRVA, Richmond afternoon host Jeff Katz with the media personalities Diamond and Silk.

The changes become effective on October 3. Audacy Philadelphia SVP and market manager David Yadgaroff comments, “For the first time ever, WPHT will be live and local from 6:00 am to 7:00 pm, which further cements this fan favorite as the voice of Philadelphia and a reliable destination for our listeners. We’re excited to welcome Nick, who is trading in his sports background for his passion for politics, to our morning drive, and move Rich and his highly-successful program to entertain and inform listeners as they wind down their days.” Kayal previously worked in the market on sports talk WPEN-FM “97.5 The Fanatic.” 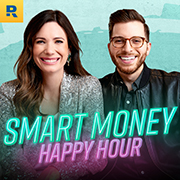 advice and snark from two friends who also happen to be money experts.” The show joins the Ramsey Network roster of podcasts that includes “The Ramsey Show,” “The Dr. John Delony Show,” “The Rachel Cruze Show,” “The Ken Coleman Show,” “The Fine Print,” “Borrowed Future” and “The EntreLeadership Podcast.” Ramsey Network EVP Blake Thompson says, “Rachel and George have such unique chemistry. One minute I was laughing along with them, the next I was thinking about money in a whole new way. People are going to love the pop culture references and the casual, pour-a-glass-of-wine environment these two have created in this new podcast.” Some of the “Smart Money Happy Hour” topics include: Is Convenience Culture Worth Being Broke?; HGTV: The Network That Brainwashed Us; How to Leave a Royal Legacy for Your Family; and Can the Middle Class Still Afford to Go to Disney? 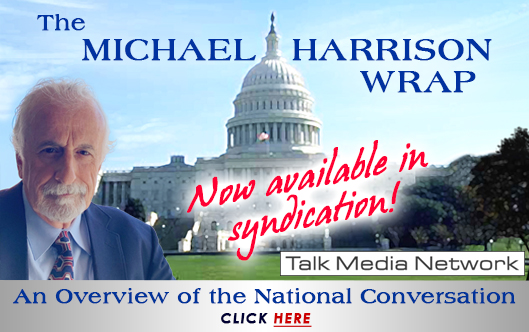 BIA Advisory: WTOP Maintains Top Biller Spot for 2021. A report from BIA Advisory Services tallying radio’s top billers for last year reveals that Hubbard Broadcasting’s all-news WTOP-FM, Washington stayed in the #1 position with an estimated $70 million in revenue in 2021. BIA Advisory says that figure was an increase of 12.9% from $62

Digital ranks the most popular podcasts in the U.S. for the month of August based on Average Weekly Downloads. Changes from the July 2022 report include audiochuck’s “Crime Junkie” rising from #3 to #1, bumping Cumulus Podcast Network’s “Ben Shapiro Show” from #1 to #3. Remaining in the #2 spot is NPR’s “NPR News Now.” You can see the complete list of the top 100 U.S. podcasts from Triton Digital here.

Inflation/Interest Rate Hike, NY Sues Trump Org, Trump Documents Case, Immigration/Migrant Transportation, Midterms/2024 Presidential Race, Zelenskyy UN Speech, Iran Protests, and Hurricane Fiona Among Top News/Talk Stories Yesterday (9/21). Inflation, the rising price of gasoline, and the Fed’s interest rate hike; New York Attorney General Letitia James files a civil fraud suit against Donald Trump, his children, and Trump Org officers; an Appeals Court rules DOJ can resume criminal probe of Donald Trump documents case; the immigration troubles at the U.S.-Mexico border and the transporting of migrants from Southern states to Northern cities; the November midterm elections and speculation about the nominees for president in 2024; Volodymyr Zelenskyy addresses the UN General Assembly pressing for punishment for Russia’s invasion of Ukraine; the protests in Iran over the death of a woman in custody of the country’s “morality police”; and the destruction caused by Hurricane Fiona were some of the most-talked-about stories on news/talk radio yesterday, according to ongoing research from TALKERS magazine.

FOX News Media Seeks Freelance Radio Anchor. This onsite position in either Los Angeles, Chicago or New York is a freelance radio anchor for the FOX News Audio family as on-air talent for FOX News Radio Network/FOX News Headlines 24/7 Sirius XM Channel 115. In this position, you will work under tight deadlines and deliver top-notch newscasts. You have a passion for breaking news and the flexibility to work on a day’s notice. Learn more about this position here.

Reporter Position Open at FOX News Media in Washington, DC. For this onsite reporter position FOX News Media is looking for an experienced, full-time reporter to join the Washington DC team. You will cover a wide range of political, government, and Congressional stories for FOX News Audio (FOX News Headlines 24/7 and FOX News Terrestrial Radio). You possess strong journalism skills and thrive in a fast-paced, deadline-driven environment.  Most importantly, you have great editorial judgment and the ability to break important news stories. Learn more and apply here.

Freelance Producer/Editor Opportunity at FOX News Media. This exciting opportunity is based in New York for a freelance producer/news editor to supervise the staff for our network radio news operations (terrestrial and FOX News Headlines 24/7 – Channel 115 on SiriusXM Radio). In this role you are our editorial leader, working with news anchors to craft the content and structure of a 24/7 news operation. This is fast-moving news environment! Your ability to thrive in a fast-paced, deadline-driven newsroom allows you to deliver top-quality segments/newscasts. You excel at multi-tasking and pay close attention to details. Your writing and editing skills are excellent and your editorial judgment is first-rate. Find out more here.