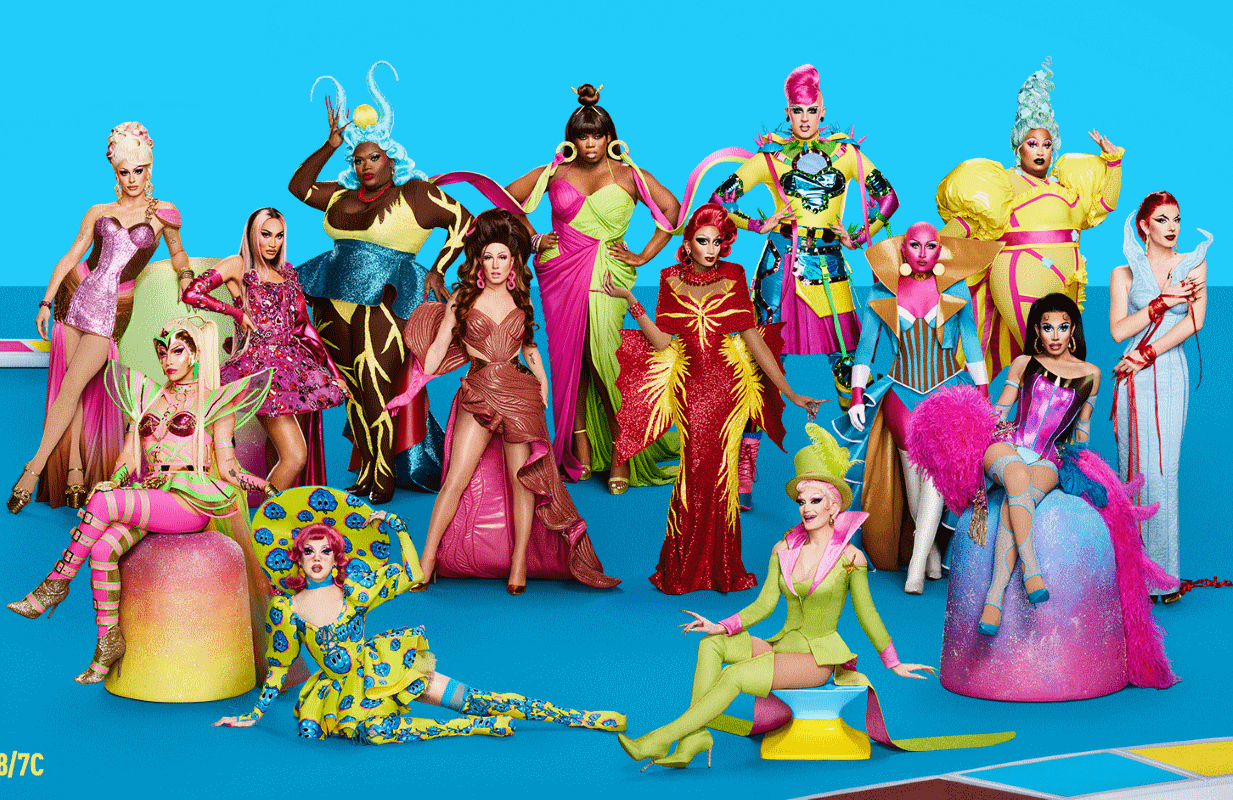 A new year means a new season of RuPaul’s Drag Race, because the wheels of time wait for no queen. Of the fourteen competitors vying for the show’s Season 14 crown, one in particular has been grabbing all the pre-premiere headlines, as an Arkansas queen named Maddie Morphosis is set to be the show’s very first straight, cisgender queen. But make no mistake: this is shaping up to be a fascinating season beyond just one queen.

Here’s a look at each of the fourteen competitors, along with some fearless predictions about who’s got what it takes to win and who might go home early. 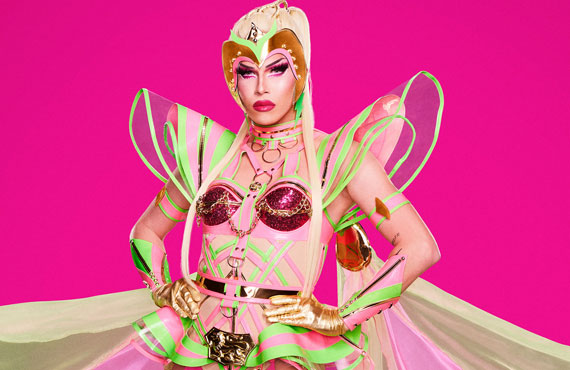 Alyssa Hunter (26, Cataño, Puerto Rico): Alyssa, the only Puerto Rican queen this season, fancies herself a model and promises she wil be the runway queen of the season. She calls herself a “versatile queen,” but she says it in a way that suggests she may not have a very strong drag identity. (Among the personality traits she lists for herself: “eats a lot but is still skinny.”) Competition-wise, she’s nervous to sing, which could be a problem since recent seasons have put singing challenges into the first few weeks. Fearless prediction: Struggles in the singing challenge but gets eliminated on the first comedy challenge. 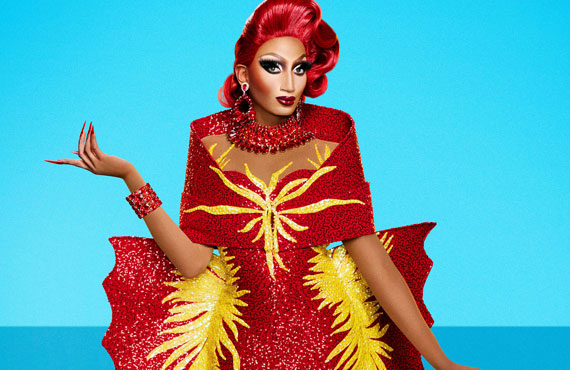 Angeria Paris VanMichaels (27, Atlanta, Georgia): A self-described “glamorous southern belle from ATL,” Angeria is pageant as hell but also very likeable, giving off some faint Heidi N Closet vibes, which can only be a good thing. She’s built her reputation in Atlanta as a makeup artist, which bodes well for her turning looks, but her reticence to reveal very much about herself could spell trouble when it comes to acting challenges, not to mention the increasingly common “vulnerability” challenges where Ru really wants the queens to open up. Fearless prediction: Frontrunner for Miss Congeniality 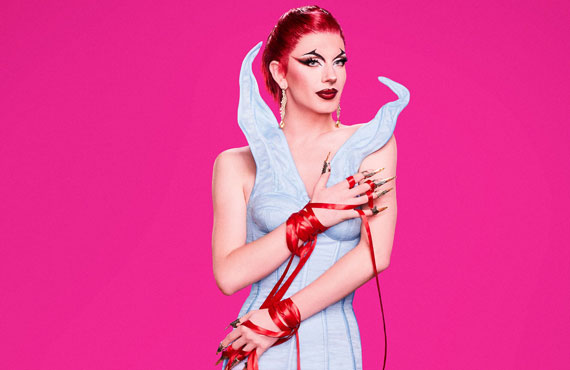 Bosco (28, Seattle, Washington): A body queen who says she makes all the other Seattle girls jealous. Bosco is into alt drag and likes to combine elegant femininity with spooky/gothic/horror themes. (In the intro video, she sports a pale-blue ballgown with big Maleficent horns on the bust and long flowing blood-red ribbons cascading from her wrists.) Her vibe is heavily sardonic, which could make her a fan favorite and/or a target for conflict in the workroom. Fearless prediction: Her looks and personality take her far, but maybe not far enough, getting axed in the makeover challenge. 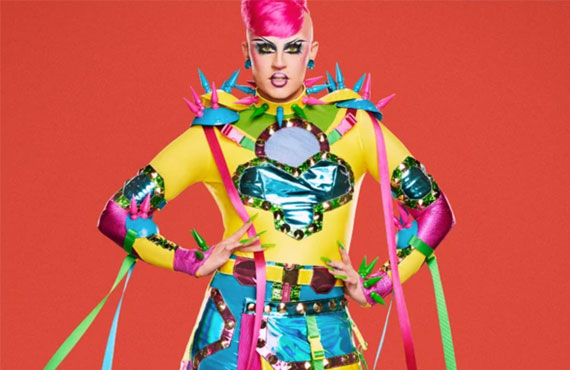 Daya Betty (25, Springfield, Missouri): She’s the drag sister of Season 12 finalist Crystal Methyd, and the resemblance really shows in her makeup and personality. That personality, by her own admission, is often simply “tall.” Like Crystal, Daya revels in her crunchy, unpolished vibe, although she expresses doubts about her ability in comedy challenges,which is too bad considering that’ll end up being about half of the competitions. Fearless prediction: Not being quick on your feet is a death knell in Snatch Game, which will be Daya’s downfall (if she makes it that far). 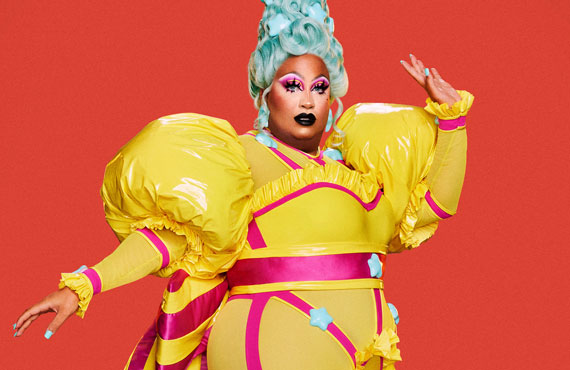 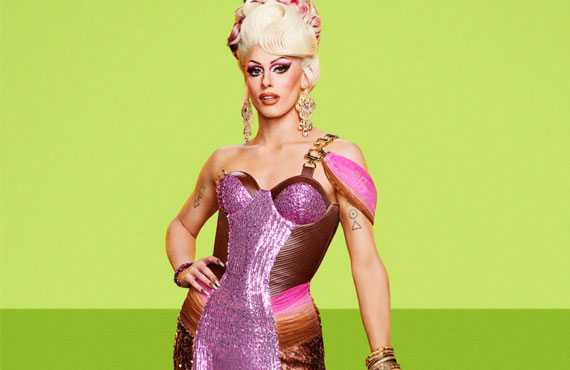 Jasmine Kennedie (22, New York, NY): Welcome to the brave new world of twentysomething drag queens with stage moms, as Jasmine italks about how her mom made her change her name from “Jasmine Rikers” to Jasmine Kennedie because it sounds classier. Gigi Goode, what hast thou wrought?? In a marked change from previous seasons, Jasmine stands alone as the [cue Yuhua Hamasaki voice] ONE New York girl?! She’s stunningly beautiful but gets some shade from the editors, who give her the “talks too much” time-lapse edit as she rambles on. Fearless prediction: Young looks-based queens can get pretty far, especially if they can squeeze out a smidge of personality in the comedy challenges. Jasmine could be a finalist … or she could be Nicky Doll. 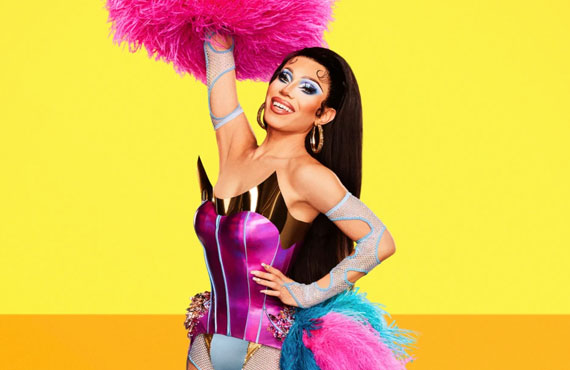 Jorgeous (21, Nashville, Tennessee): Dressed like bisexual lighting and acting verrrrry 21, Jorgeous comes from the Texas pageant circuit, having dropped out of high school and started doing drag at age 15. She’s a dancer, although she concedes that she can’t do a split, which may come back to hurt her in the stunt-heavy Lip Syncs for Your Life. After expressing that she was inspired to go drag by the film To Wong Foo: Thanks for Everything! Julie Newmar, she’s become a sentimental favorite. Fearless prediction: Jorgeous makes it as far as the Rusical, but no further. 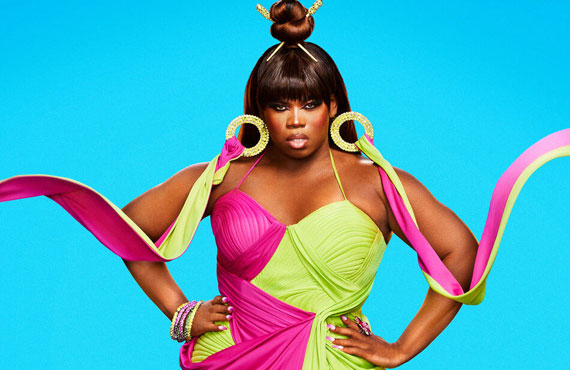 June Jambalaya (29, Los Angeles, California): June comes across as likeable and talented but with a very low-energy affect that belies her performing arts school and dance competition background. She says she worries that she might be seen as resting on pretty, but she might be more worried about being seen as merely resting. She also worries that she comes off defensive when it comes to taking criticism, which could really put her in a bad spot with the judges. Fearless prediction: If there’s an early acting challenge, that might be the end of it. 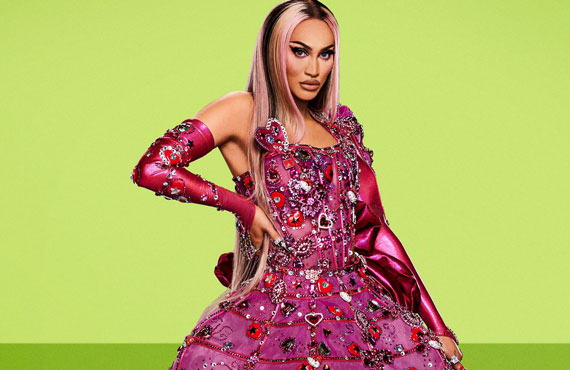 Kerri Colby (24, Los Angeles, California): Stultifyingly boring drag name aside (“Kerri Colby” is the name of the girl who dated the straight boy you had a crush on in high school), Kerri seems to be bringing a LOT of attitude into the workroom for Season 14. Sometimes that results in an Ariel Versace-esque fizzle, but sometimes that self-described “bad bitch” energy translates into a confident and polished performer. Despite insisting that she cares about other people, she seems abrasive as hell, so it’ll be interesting to see how that shakes out. Fearless prediction: If this season gets a reunion, she’ll be at the center of no fewer than three huge arguments. 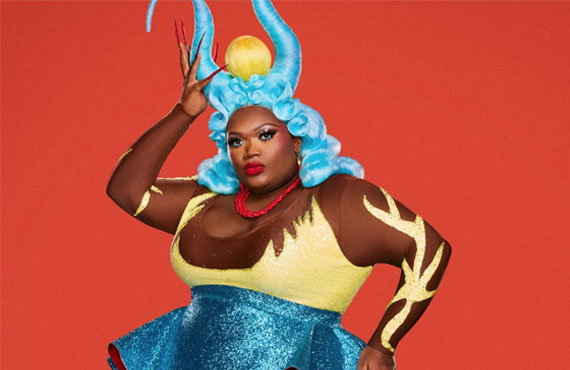 Kornbread “The Snack” Jeté (29, Los Angeles, CA): A “beauty but a voice like Morgan Freeman,” Kornbread says she got her drag name from a movie about a women’s prison, and if that isn’t enough to get you fully on her side, there’s also her fun, quick personality. She is going to be THE sound-bite queen of the season, so long as a slippery runway (her biggest fear this season) doesn’t spell her doom. She says she’s been auditioning for the show for a long time, and now that she’s here, she’s ready to “shake a titty for the people” and take the crown. She says she doesn’t want to win because she’d be the first big-girl queen to win the show; she wants to win because she deserves it. Fearless prediction: She just might deserve it! Kornbread is our pick to go all the way. 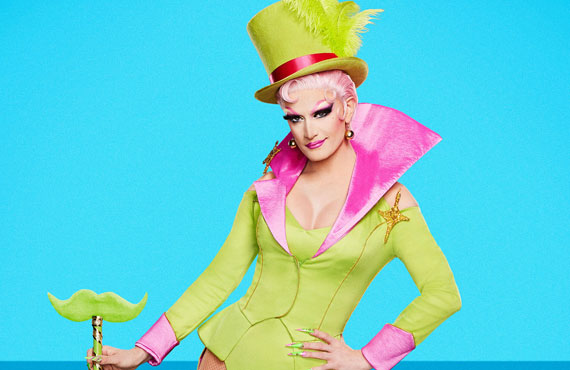 Lady Camden (31, San Francisco, CA): With her British accent announcing her presence, Lady Camden is going to have to live down the shabby legacy of Charlie Hides before advancing on the show. She could do it, though. She comes from the world of dance and ballet and seems to have very good, dry sense of humor. Fearless prediction: She’ll have to lip sync for her life after trying to dictate the choreography on the dance challenge, but she’ll actually move during her lip sync and will survive. 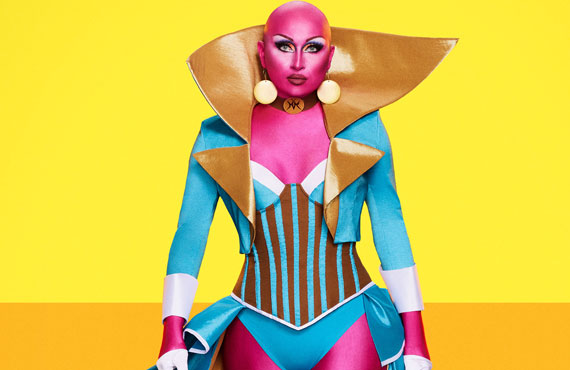 Maddy Morphosis (26, Fayetteville, AR): The very first straight, cisgender queen on RuPaul’s Drag Race, Maddy Morphosis will have a lot of eyeballs on her. If her intro video is any indication, she’s going to be spending a lot of time convincing skeptics in the workroom and in the Drag Race audience that a straight cisgender man doing drag is no big deal and that he wants to pioneer gender expression among straight males. It seems unlikely that RuPaul would cast such a groundbreaking performer only to cut them early, so expect Maddy to stick around, the question is for how long. Her rather pedestrian aesthetic and expressed nervousness about design challenges don’t seem to point to great longevity. Fearless prediction: 9th place 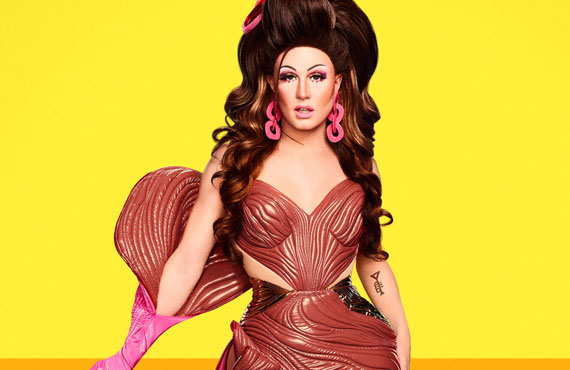 Orion Story (25, Grand Rapids, MI): Oh boy. Okay. Into every season must come one queen with disaster written all over them, and this season that queen is Orion Story, that is if her Meet the Queens introduction is anything to go by. Things start out promising, with a Bram Stoker’s Dracula-meets-Lord Licorice look on her bodice, but keep looking for another second and your eyes will be seared by the clash of hot pink and brick red. This first ever Drag Race queen from Michigan is also sporting Derrick Barry levels of neglectful makeup, says she tried one pageant and vowed to never try again, and describes herself as “really lazy.” The Aiden Zhane vibes are strong with this one. Fearless prediction: Looks like we may have found our first elimination. 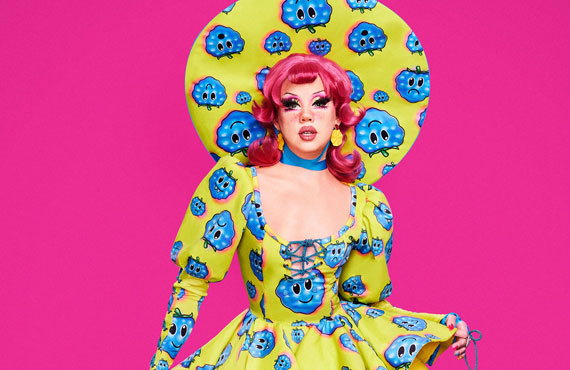 Willow Pill (26, Denver, CO): The drag daughter of Season 11 champion Yvie Oddly, Willow’s drag name comes from the Buffy character and the fact that she has to take many pills to help treat her chronic kidney illness. The way she describes her health problems sounds harrowing, so you can see why her drag aesthetic leans towards darkness. She describes her aesthetic as “adorable, twisted, [and] psychedelic,” which sounds interesting, even if her presentation can lean towards the awkward side. Fearless prediction: Surprisingly kills it in Snatch Game, then goes home the next week.

People are talking about RuPaul’s Drag Race in our forums. Join the conversation.

Joe Reid is the Managing Editor at Primetimer and co-host of the This Had Oscar Buzz podcast. His work has appeared in Decider, NPR, HuffPost, The Atlantic, Slate, Polygon, Vanity Fair, Vulture, The A.V. Club and more.