RIVER VALLEY PROFILE: Fort Smith Northside Senior Julius Thomas An Example On And Off The Field 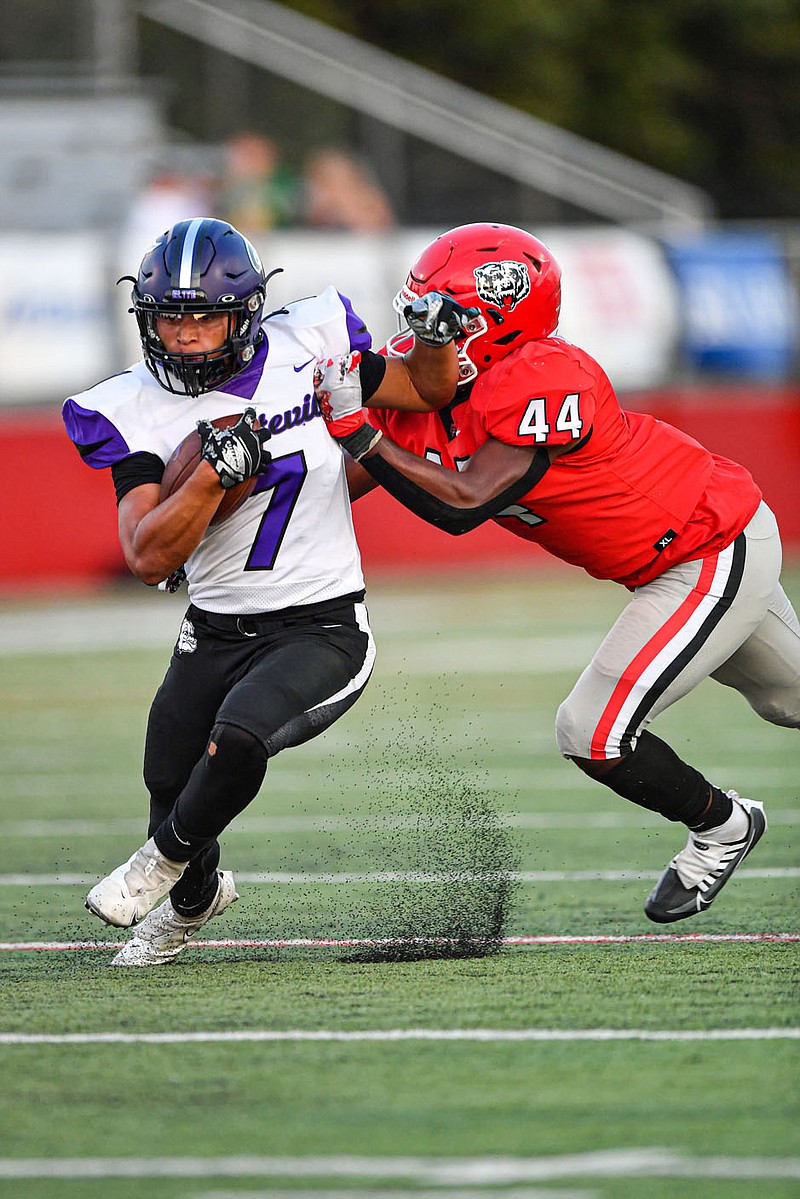 FORT SMITH — Julius Thomas understands being a leader goes behind the football field and even the classroom.

Leadership also goes into the community where the Fort Smith Northside senior linebacker volunteers on a routine basis.

“Whether it’s going to church on Sundays and Wednesdays or doing the clothes lines where they give clothes to people,” Thomas said. “We go over there and help them, fold the clothes and help get them organized. You want the community to support you and come to the games, you have to support the community.”

Thomas also has elevated his leadership role for this, his senior season for the Grizzlies.

“You have to be a leader with everything you do in life,” Thomas said. “You’re leading young people. Even if you don’t feel like you’re a leader, people look up to you when they see you as that. That’s how you have to carry yourself with everything.”

Thomas has definitely been a leader on the field for Northside through three games.

He led the Grizzlies in Friday’s loss to Fayetteville with nine solo tackles and two assists.

“He’s still playing a new position like a lot of them are on defense,” Northside coach Felix Curry said. “He has a motor, and the more he sees it the better he’s going to be.”

Thomas is playing middle linebacker for the first time on the high school level. Last year, he played defensive end with three seniors at linebacker.

“We already had senior linebackers who were there,” Thomas said. “They wanted people who could play on the field.”

Thomas had never played end before but jumped at the opportunity to start, and he responded with 45 tackles and three sacks to help the Grizzlies into the second round of the Class 7A playoffs. He recovered two fumbles in the first half that set up touchdowns in Northside’s 47-21 win over Bentonville West in the first round of the playoffs.

He played linebacker and running back all the way up from playing for the Raiders at the Fort Smith Boys & Girls Club through junior high at Kimmons. He moved to Oklahoma with his family before his sophomore year then moved back to Fort Smith during that same school year. Then as a junior last year, coach Ed Hansen, who was the defensive line coach, put him at end.

“It was cool,” Thomas said. “They wanted the best people on the field, and it was my first year playing there. I could start then that’s where I was going to play.”

This year, Hansen was moved to coaching linebackers, and he took Thomas with him.

“Coach Hansen, he was the D-line coach last year and moved to the linebacker coach this year, and he took me with him,” Thomas said. “That’s exactly how it went.”

Sebastian Garcia, another senior, also has moved to linebacker from defensive line.

With Garcia and Thomas moving to linebacker, it left R.J. Lester the only player on defense with varsity experience at their current position.

“R.J. is the only guy that has started at his current position,” Curry said. “Those are the growing pains we are going through. We’ll get there.”

Thomas has made the adjustment quickly back to his original position although playing Southside, Greenwood and Fayetteville is an adjustment from when he played there in junior high.

Julius is exceptionally fast to be a linebacker,” Curry said. “Not having the reps at linebacker last year, he just keeps getting better.”

Thomas leads the defense with 23 solo tackles and seven assists overall with four tackles for loss.

“It’s my original position and I’m glad to be back where I need to be,” Thomas said. “I feel good about being there. This is where I belong. I like seeing everything on the field. It’s the QB of the defense, get us right and be on our job.”

Maybe the best part of moving to linebacker from end for Thomas is the freedom it brings being able to make plays sideline to sideline.

After opening with a 42-24 win over Southside, Northside gave up 596 yards to Greenwood and a touchdown on the game’s final play in a 56-53 loss before losing to Fayetteville last week, 42-21.

“As a team and as a defense, we have to do our job,” Thomas said. “We have to play 100 percent. We’re going to fix everything that needs to be fixed and handle our business.”

Northside had an open week on Friday, but Thomas and the Grizzlies are well aware of what team awaits them in the 7A-Central opener on Spt. 23 although the opponent doesn’t matter as much as just playing better.

Northside’s success in the toughest conference in the state will depend on the play of Thomas in the middle of the Grizzlies’ defense.

“I really believe that,” Curry said. “It’s still his first year seeing it. No matter how much you practice it or go through summer, there’s nothing like Friday night speed.” 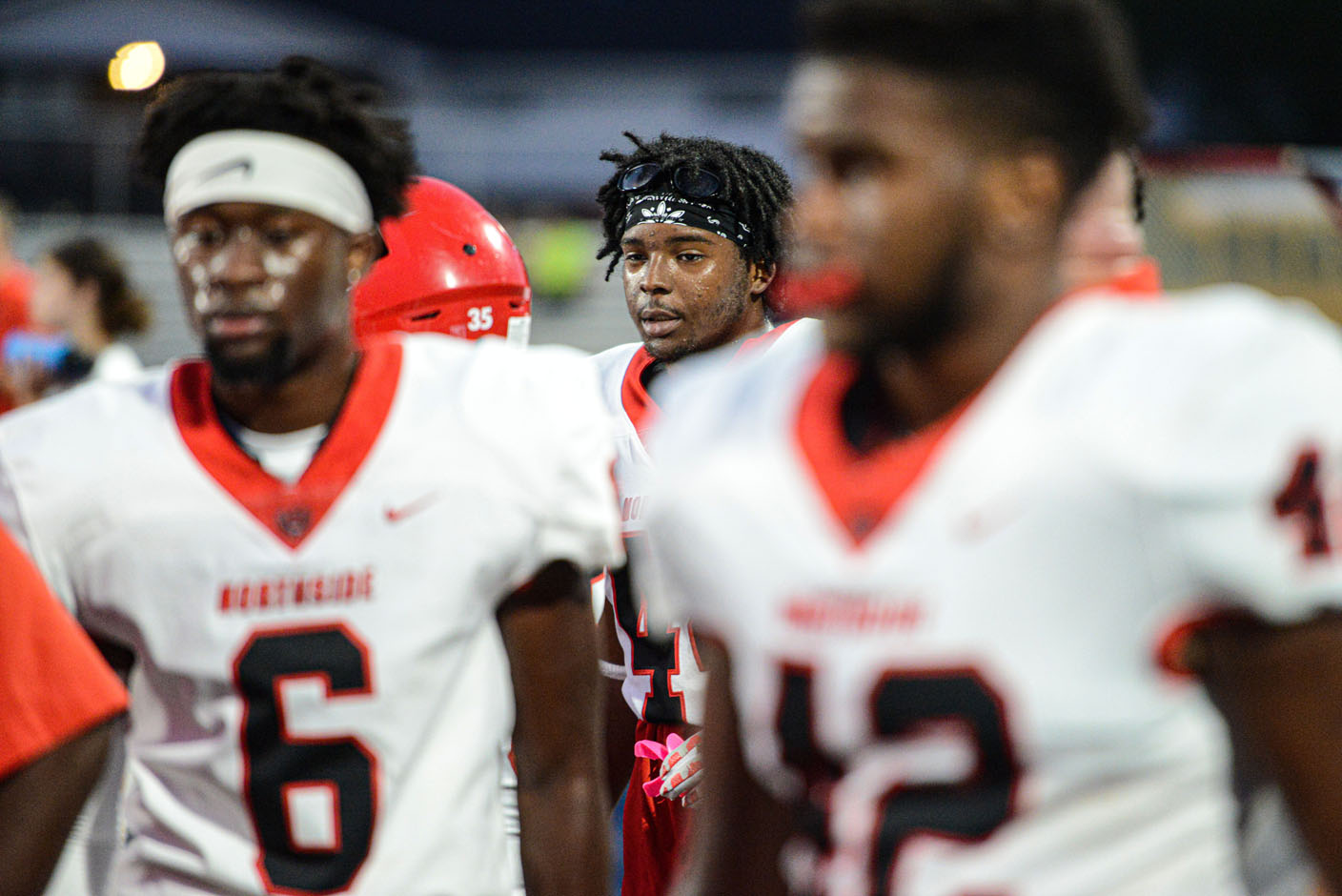 Julius Thomas (center), senior linebacker for Fort Smith Northside, visits with teammates on the sideline on Friday, Sept. 2, 2022, during the first quarter of the Grizzliesâ€™ 56-53 loss to Greenwood at Smith-Robinson Stadium in Greenwood. Visit nwaonline.com/220903Daily/ for today’s photo gallery. (NWA Democrat-Gazette/Hank Layton) 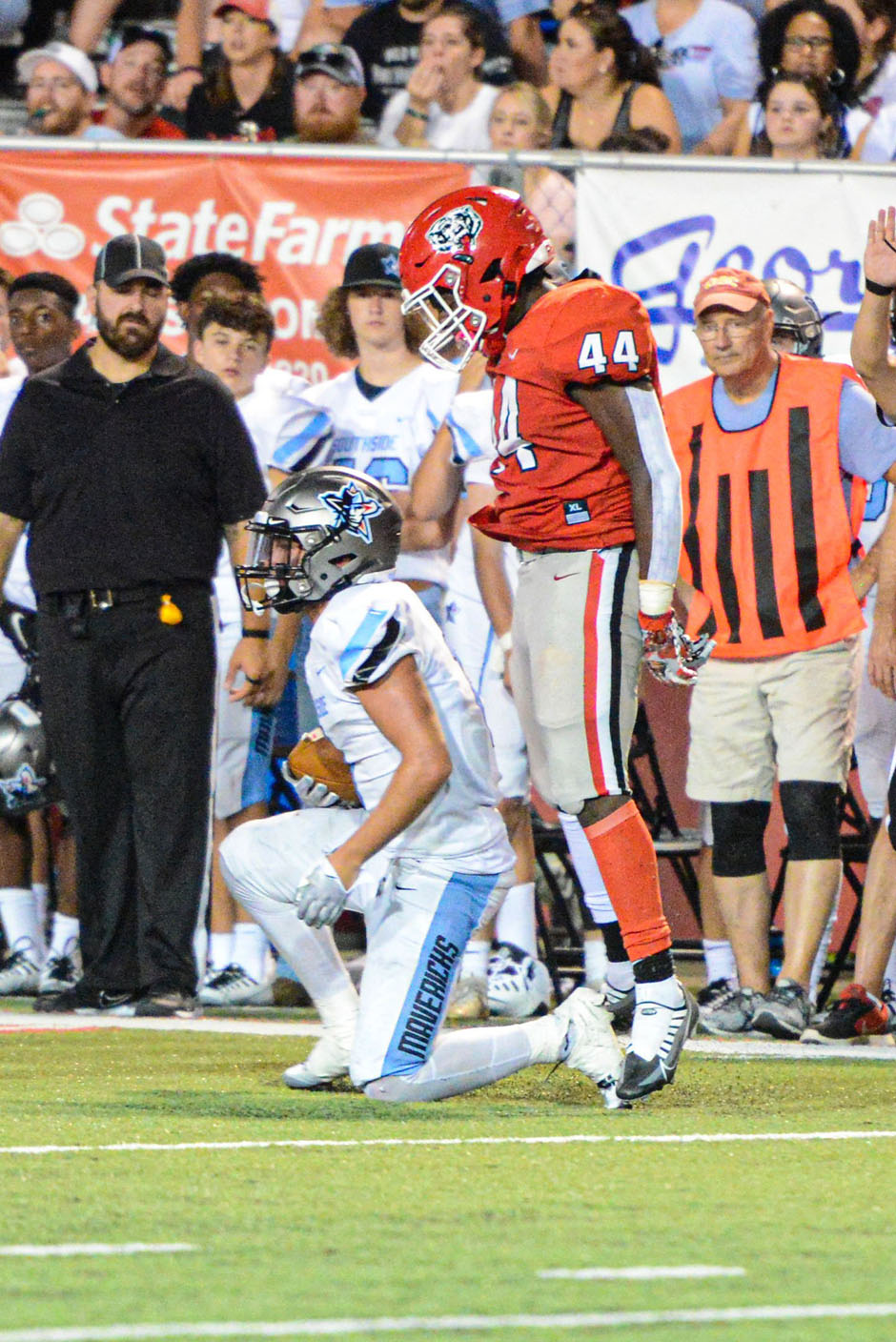 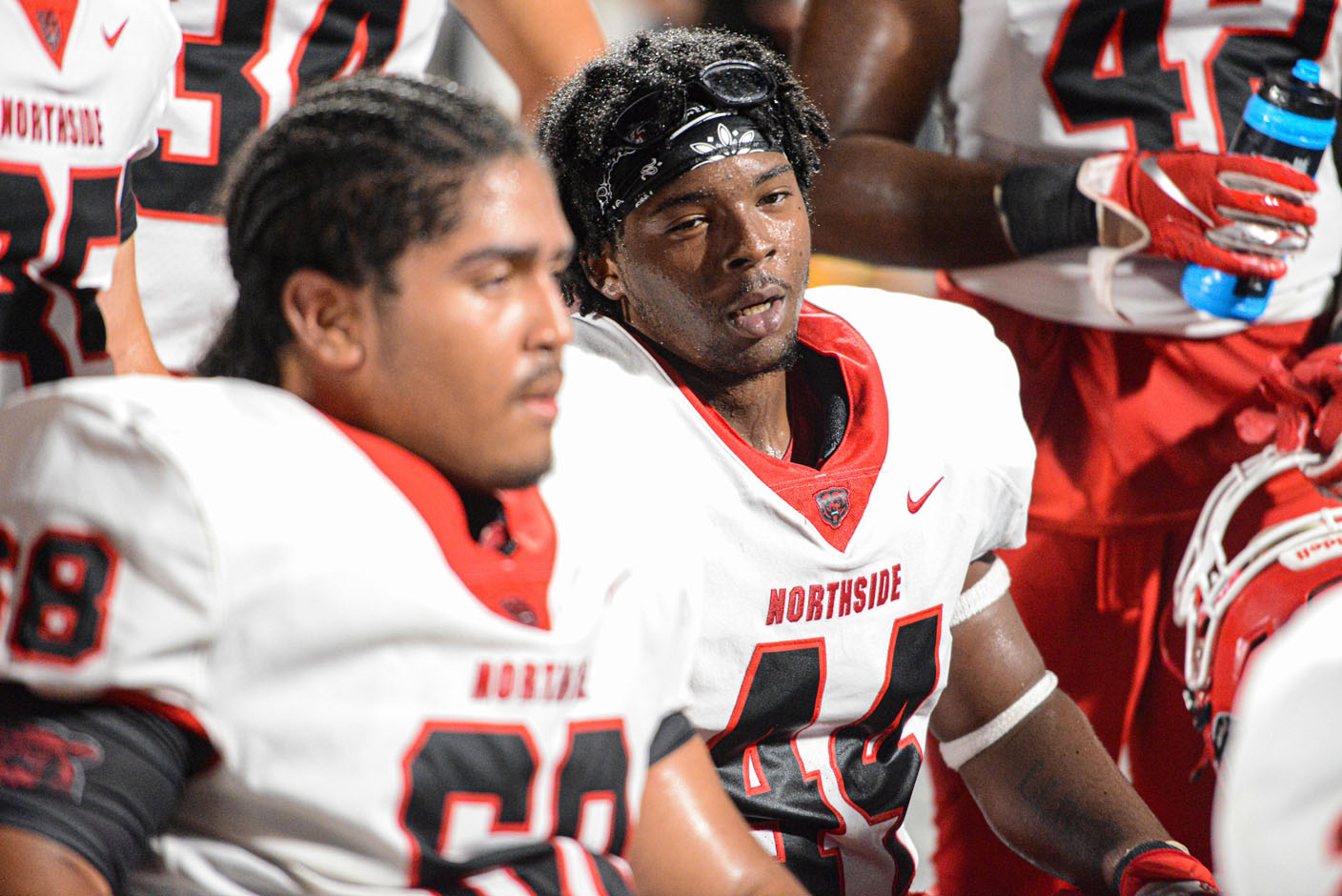 Julius Thomas (44), senior linebacker for Fort Smith Northside, sits on the sideline on Friday, Sept. 2, 2022, during the second quarter of the Grizzliesâ€™ 56-53 loss to Greenwood at Smith-Robinson Stadium in Greenwood. Visit nwaonline.com/220903Daily/ for today’s photo gallery. (NWA Democrat-Gazette/Hank Layton)

THE SCOOP Thomas is starting his second year on defense for the Grizzlies, but first at linebacker. … Thomas had 45 tackles and 3 sacks last year at end and earned all-conference honors in the 7A-Central. … This year, through three games, Thomas leads the team with 23 solo tackles, 7 assists, and 4 for lost yardage. … Northside was open on Friday but begins 7A-Central play on Sept. 23 at No. 1 Bryant, who has a 43-game winning streak against in-state opponents and a 21-game winning streak in conference play.