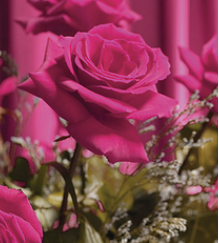 She was of the Pentecostal faith, worked at the shoe factory, and enjoyed spending time with family and friends.

The family will host a Memorial Service Saturday, March 12, 2022, at the Harrisburg Community Center on South Street in Harrisburg.

Visitation will begin at 9:30 Service will be conducted by Bro. Phillip Jenkins at 10:00 and visitation will continue with refreshments until 12:00.

The family is asking you to come and join them in remembering their Mother, Grandmother, and Sister.