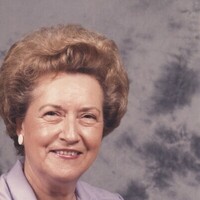 Clara B. Hathcote of Benton, passed away Friday, September 2nd at the age of 97. She was born April 11, 1925 in Lancaster, South Carolina the daughter of Robert A. and Beulah E. Williams, married in 1948 to Joe L. Hathcote. Clara attended Junior college in Oklahoma and received her associates degree in Business. She was employed as a Bookkeeper for Dodge Chrysler Corporation in Kansas City, Missouri and Reynolds Metal Company of Bauxite, Arkansas. She was President of the Arkansas Women’s Dental Auxillary. She was a Homemaker, loving wife and Mother. She was a member of the First United Methodist Church of Benton.

Clara was proceeded in death by her husband of 70 years Dr. Joe L. Hathcote and Daughter in Law Cindi Hathcote of Benton. Six Sisters and three brothers.

A graveside service will be held at 12:00 p.m. Wednesday September 7, at Rosemont Cemetery. Ministers will be Rev. Alan Ellen of Junction City, Arkansas and Dr. Michael Reese of Benton, Arkansas.

Visitation will be held from 10 to 11:30 a.m. prior to the service at Ashby Funeral Home. 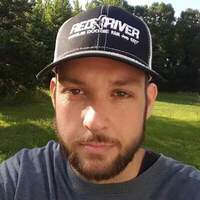 Brandon D. Jackson age 37, of Vilonia passed away on Saturday September 3, 2022. He was born April 3, 1985 in Jacksonville, Arkansas. Brandon was a truck Driver and a member of the Conway Cowboy Church.

Memorial services will be held at 10:00 AM Thursday at Ashby Funeral Home Chapel.

Barbara Ledbetter Medlin, age 88, of Bauxite born May 26, 1934, was called to her heavenly home on September 4, 2022. She is pre-deceased by her husband of 65 years, Alfred J. Medlin, her son Scott T. Medlin, her parents Cecil S. and Mary Whitfield Ledbetter, her brother Cecil C. Ledbetter and her sister, Shirley Ledbetter Jones.

Mrs. Medlin was a strong Christian and a long-time member of Mars Hill Missionary Baptist Church. Her greatest joy was her family. She was a staunch supporter of Civitan Services.

Her family appreciates your thoughts and prayers.

Graveside services will be at 10:00 AM at Mt. Olive Cemetery in Bauxite. 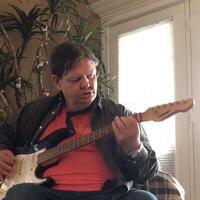 Stevie was a lifelong, talented, musician playing his guitars for more than 50 years. He grew up in the 1970’s, playing in the back of his house where him, his father and older brother, Kenny Nance, converted the den into a music studio and played country, blues, honky-tonk, and rock and roll. He played lead guitar to Led Zeppelin’s Stairway To Heaven while Kenny played the drums. Neither one of them missing a beat. Steve sang while playing his guitar to “Who’ll Stop The Rain” by CCR and many other famous tunes back in the day. Him and his brother were quite the popular musicians at a very early age. He was a great artist who painted many fine works of art that were sold on showcases around the state including the Governor’s Mansion. He won Honorable Mention at The Governor’s Mansion in Little Rock on a piece titled, “My Compliments”. He loved to read books and was a great joke teller. I can’t count the number of times he made a room burst with laughter. He touched many hearts and was loved by all. He was a kindhearted and loving big brother. We miss you, Stevie.

A memorial of his life will be held for family members and close friends. Please join us as we celebrate his life this Friday between 5:00 P.M.-7:00 P.M.  Contact Estelle Dale for venue information at (501) 952-7794. Bring a smile, candle, a blanket, warm heart, and a favorite story about my brother.

By Jeff Halpern | Photos by Tommy Land LITTLE ROCK — The Little Rock Catholic Rockets pitched a shutout in the second half in a 37-16 victory over West Memphis. The ninth-ranked Rockets (5-0, 4-0 6A-East Conference) outscored the Blue Devils (4-1, 3-1) 23-0 by holding West Memphis to 2 first downs...

SEARCY, Ark. — A family calling for help in Searcy 28 years to the day after their loved one, Jarrod Green went missing in the small town. Green’s death is still being investigated as a homicide, and no remains have ever been recovered. Friday was the first time Jarrod’s mother...

Five Arkansas Billionaires On Forbes List Of Wealthiest Americans For 2022