Timothy Wayne Sparks, 33 of Benton, passed  away on April 2, 2022.  He was born on September 2, 1988 in Tucson, Arizona to Clyde and Judy Harper Sparks.  Timothy was of the Pentecostal faith and a construction worker. 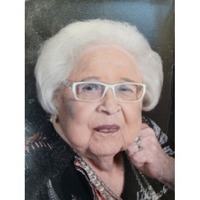 Earlene Johnson, age 83, of Benton, went home to glory on April 4, 2022, with her family by her side in Benton, Arkansas.

She was born August 29, 1938, in Benton, Arkansas to Earl and Nancy Hobbs. Earlene graduated from Benton High School in 1956. She was married to Frank Johnson on March 30, 1961. Frank and Earlene made their home and raised their family in Benton. Earlene worked for several companies throughout the years including Dub’s Radiator Shop, Butane Service Company, Union Bank, Griffin Payne, and the Central Baptist Association.

She was an active member of Trinity Baptist Church, where she enjoyed teaching Sunday School. Her hobbies and interests included family, traveling, and dining out. She devoted much of her time and energy as a caregiver to family members, including her mother until she passed away at age 92.

She was preceded in death by her parents Earl and Nancy Lou Hobbs, sister Shirley Holiman and her husband Bill, and her beloved husband Frank Johnson.

The family would like to give a special thanks to Amberwood Health and Kindred Hospice, especially “her girls” Porsha, Misty, and Katie. The family would also like to thank Jean Nowlin for the loving care she provided.

Memorials may be made in her memory to Trinity Baptist Church Benton.

Joey Dwayne Stanley, 62 of Baytown, Texas, formally of Haskell, passed away on March 30, 2022.  He was born on February 11, 1960 in Sapulpa, Oklahoma to Charles and Rita Statler Stanley.  Joey worked in the Leak Detection Department of Exxon Chemical Company in Baytown.

He was preceded in death by his father, Charles Stanley. 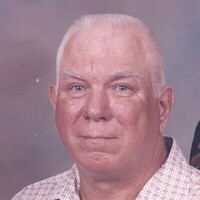 William C. Kling, 82 of Mabelvale, passed away on April 4, 2022.  He was born on January 10, 1940 in Mabelvale to the late Nelson and Marie Besancon Kling.  William was retired from the Arkansas Hwy. Department and member of the Immanuel Lutheran Church in Alexander.

William was a veteran of the United States Army.  He enjoyed hunting, fishing, bowling and  an avid member of the National Rifle Association.  William was very supportive of many organizations, including Aide Association for Lutherans, St Joseph Indian School and many law enforcement organizations.

William was preceded in death by his parents and brother, Herbert Kling.

Church services by Ashby Funeral Home will be 11:00 a.m. on Saturday, April 9th at Immanuel Lutheran Church in Alexander, with Pastor Steven Teske officiating.  Burial will follow at Spring Valley Cemetery in Ferndale.

In lieu of flowers, the family would like donations to be made to the St. Josephs Indian School, 1301 No. Main St.  Chamberlain, South Dakota 57325  www.stjo.org 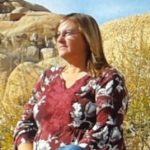 On April 1, 2022, Mary “Belinda” Blaylock Hill entered into her eternal rest with her personal Lord and Savior. Belinda was born to James Edvard and Mary C. Blaylock in Benton, Arkansas on May 7, 1968.

Belinda, better known as Bea from family and friends, was revered as a very special soul to many. She never met a stranger and was willing to do anything for her family, friends, and the community of Paron that she held so dear. Her smile set her apart from the rest and will be forever loved and missed. 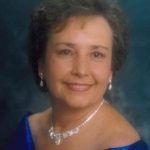 Doris was known to many as “Nan”.  She loved children and had a home daycare for many years.  Doris loved writing poetry and adored animals.  She was a member of New Life Missionary Baptist Church in Benton, Arkansas.

Doris is survived by her son, Chris L. Williams and wife Marla of Carlisle, Arkansas; daughter, Tracy L. Rogers and husband Bill of Austin, Arkanas; granddaughter, Ashley B. Butler and husband Brandon; grandson, Hunter J. Williams and wife Morgan; step-grandson, Ryleigh Cunningham and wife Hannah; step-granddaughter, Reghann Cunningham along with six great grandchildren and one on the way; and many more family members and friends who love Doris and will miss her always. 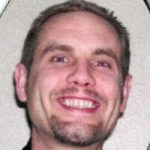 Steven Patrick Johnson, 52, of Bryant, Arkansas passed away on Saturday, April 2, 2022. He was born to Graham and Patricia Johnson on Friday, January 9, 1970, in Omaha, Nebraska. He loved his family. He enjoyed music and sports, but chess was his favorite.

He is preceded in death by his grandparents, Edward and Eva Brooks.

He is survived by his parents, Graham and Patricia Johnson; seven children, Caroline, Conan, Cedar, Christian, Conner, Collin, and Charity; two brothers, Edward Brooks Johnson (Amy) and Michael Wayne Johnson; two granddaughters; and a host of other family and friends who all love him and will miss him dearly.

Burial will be held at Orion Cemetery following the service. 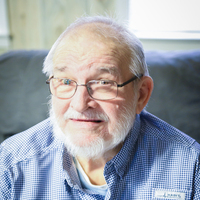 Henry Allen Harrell, 73 of Bauxite Arkansas, passed away on April 2,2022. He was born to the late Walker Harrell and Lillian Beall on January 28,1949 in Little Rock Arkansas.

Henry loved the outdoors and enjoyed things like hunting, fishing, and car racing. He was known as being one of the best Diesel Mechanic’s and everyone Knew him as H.H. Henry loved his family and was the best poppy in the whole world.

Henry is preceded by his parents Walker Harrell and Lillian Beall.

The family would like to thank the staff at Arkansas Hospice, for the great care they provided for their loved one, Henry Harrell. 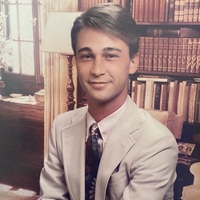 Christopher “Chris” to those closest to him, was a charismatic, fun loving, athletic always smiling good hearted man in his youth and throughout life, with a sunny disposition that demanded attention. Chris graduated from McClellan High School and attended the University of Arkansas as well as the University of Hawaii.  Throughout his life Chris was an avid outdoorsman always enjoying hunting, fishing, golfing and surfing.  Chris, like his entire family, was a top-notch sports enthusiast, always with the winning teams picked and an explanation for why and how they would win! Chris had also developed a love for cooking and was always exploring new exotic cuisines to whip up for himself and others to sample. Chris was proud of his Choctaw Indian Heritage.  He was quiet when necessary but very outgoing and opinionated when he felt passionate about something. Chris was very kind and outgoing and never met a stranger. He kept his private life private but would boast when opportunity was presented about his most prized possessions in life; his children Clay Dixon and Kyle Dixon, his pride for his boys was evident to anyone who knew him well.

Chris is preceded in death by his paternal grandmother Robbie Dixon of Cookeville, TN, and Maternal Grandparents Bud and Loma Duer of Bryant, AR, and additional family members gone too soon.

He is survived by his parents, James and Judy Dixon of Bryant, AR; two sons Clay and Kyle Dixon; along with a host of family and friends who love and will miss him dearly.

County Sheriff — Deputies were notified of a man potentially of danger to himself on Crestview Road, Fairfield Township at 4:13 p.m. Monday and found him on Leetonia Road in Salem Township. Gavin J. Linden, 20 was charged with disorderly conduct and resisting arrest and transported to the county jail....