Terry was preceded in death by his parents, son, Johnny Clay Richmond and brother, Ricky Richmond.

Memorial services will be held at a later date. 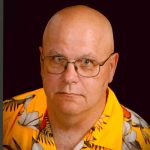 Thomas (Tom) Leon Wewers passed away March 31, 2022 at Saline Memorial Hospital in Benton, Arkansas.  He was born on October 12th, 1946 to Leo and Rose Wewers in Kansas City, Kansas.  After he graduated from St. Anne’s Academy in 1964, he went on to join the Arkansas Air National Guard where he learned data programming.  Tom started at Champion Parts Rebuilders as a data programmer in 1968, culminating in a 46-year career there.  In 1963, Tom met Sherry Sanders in Fort Smith, Arkansas.  He and Sherry married December 3, 1966 and went on to have 3 children:  Charla, Travis, and Chris.  In 2006, Tom retired and spent his time riding his motorcycle, golfing, fishing, and shooting.

Tom is preceded in death by his mother and father, Leo and Rose Wewers; and his brother, Kenneth Wewers.

Celebration of Life service will be held at Indian Springs Baptist Church at 2:00 PM, Wednesday, April 6.

As Tom would always say to his family and friends- “Come back when you can’t stay as long.” 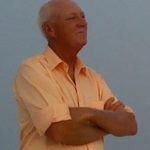 Gerald was a member of Mount Harmony Baptist Church. He looked forward to
spending time outdoors hunting and fishing. Gerald had a swimming pool
installed when his first grandbaby, Brooke, was two years old. He enjoyed
swimming with all his grandchildren every summer. Gerald was an avid
Razorback basketball fan. Family will always remember the once in a lifetime trip to the National Championship Game in 1994. Gerald anxiously waited for the newspaper to be delivered each day so he could work the crossword puzzle, as he felt those were more difficult than ones in puzzle books. 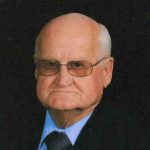 Lorn was employed with Exxon Mobil Oil Company for thirty years before being medically retired.  He was also a veteran of the Korean War and gained the rank of Sergeant 1st Class in his two-year term.  Lorn became a member of Geyer Springs First Baptist Church in 1969 where he served as usher, greeter, and security guard through all these years.

Lorn was preceded in death by his two sons, Randy and Roger Ballinger; his parents, Rell and Clurna Ballinger; and sister, Othella Ballinger.

He is survived by his wife, Lois Ballinger of Benton, Arkansas, to whom he was married for seventy-two years; sister, Opal Fisher of Little Rock, Arkansas; brother, Lavoin Ballinger and wife Peggy of Houston, Texas; and many family members and friends who love Lorn and will miss him always.