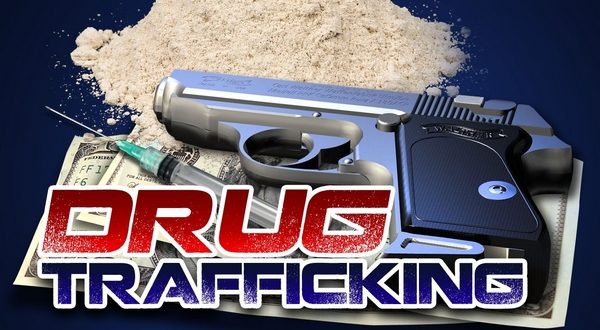 FAYETTEVILLE, Ark. — A Northwest Arkansas couple has been sentenced to federal prison for drug trafficking. The Honorable Judge Timothy L. Brooks presided over the sentencing hearings for the United States District Court in Fayetteville.

On or about Nov. 7, 2020, detective with the 4th Judicial District Drug Task Force (DTF) were notified that a package suspected of containing narcotics had been identified at a local Fed Ex package sorting facility. The label on the package showed it had been sent from Jeanette Mayor from Brawley, California, to Brandon Hale at an address in Fayetteville.

Detectives, working in an undercover capacity, delivered the package to Hale’s Fayetteville address. At the residence, undercover officers were greeted at the door by Mayor, who acknowledged that Hale was her boyfriend and that they were expecting a package. Hale subsequently came to the door at the request of undercover officer and accepted the package. Immediately thereafter, detectives identified themselves and conducted a search of the residence, which resulted in the confiscation of approximately 2,000 gross grams of methamphetamine and drug paraphernalia.

Brandon Ray Hale, age 42, of Fayetteville, was sentenced on March 1, 2022, to 180 months in prison followed by five years of supervised release on one count of conspiracy to distribute methamphetamine. Due to the nature of Hale’s prior felony convictions, he was sentenced as a career offender.

Jeanette Marie Mayor, age 50, of Springdale, was sentenced on Feb. 24, 2022, to 46 months in prison followed by three years of supervised release on one count of aiding and abetting in the distribution of more than 50 grams of a mixture or substance containing a detectable amount of methamphetamine.

U.S. Attorney David Clay Fowlkes of the Western District of Arkansas made the announcement.

Ven Mart in front of devastated Woodridge Estates mobile home park is now the hub for a new Springdale bus route. Alex Santana is the man behind the wheel.“We helped out families with the damage the first weekend and you’ve got families with one or two cars that were completely...

Wildwood Lane Tulip Farm will be open through the season. Admission is $1 for ages 5 and up and tulips are $1.50 per stem. SPRINGDALE, Ark. — A local farmer has opened a tulip farm in Springdale. Marlin Wallace says he used to be a blueberry farmer for many years...