Immaculate Heart Karnawal Offers A Taste Of Its Polish Roots 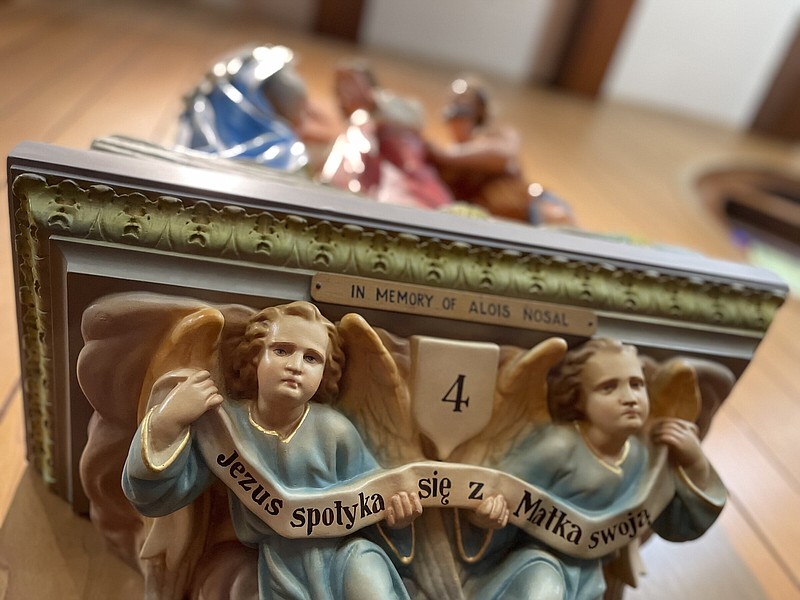 At Immaculate Heart of Mary Catholic Church in north Pulaski County, the writing beneath the Stations of the Cross is in Polish, the language spoken by the parish’s founders. In English, it would be “Jesus meets his mother.” (Arkansas Democrat-Gazette/Frank E. Lockwood)

For much of its history, the Masses at Immaculate Heart of Mary Catholic Church were in Latin and the homilies were in Polish.

These days, almost everything is in English, but the North Pulaski County parish remains proud of its immigrant roots.

Next week, parishioners will hold a “karnawal” — Polish for “carnival” — to celebrate the church’s heritage and to raise money for its school.

The rest — including midway games, food booths and music — takes place between Friday and Sept. 17. between 5 and 10 p.m.

The Polish cuisine isn’t store-bought and the cooking instructions weren’t garnered off of Google.

“Oh, no, these [recipes] are handed down through the years by different, various members of the church and their families,” said Patsy Bajorek, 72, a lifelong Immaculate Heart member.

“The pierogi [fried dumplings] and the kielbasa are what I like. … The sauerkraut, that’s great,” said Joe Gubanski, 79, whose grandfather was one of the original settlers.

The entire parish pitches in to make the event successful.

“We’re feeding hundreds of people and it takes a lot of manpower to get this stuff together,” Gubanski said.

And, while everyone works hard and the food is tasty, “It’s not like mother would make at home, where it was more specialized, more love put into it,” he said.

The area around Marche, roughly 10 miles northwest of downtown North Little Rock, was the site of Arkansas’ first and only Polish settlement.

A group led by Count Timothy von Choinski, a former Polish nobleman dissatisfied with conditions in the northern United States, obtained vast tracts of land and persuaded other recent immigrants to seek a better life in Arkansas.

The first group arrived in 1877, with the largest contingent — more than 300 people — showing up in early autumn.

There was no housing available in the largely uninhabited area around the rural train station. They “found temporary quarters in the picnic pavilion, which is to be boarded up and made comfortable for them until they can provide themselves with home,” the Sept. 29, 1877, Arkansas Gazette reported, noting that they had obtained 11,000 acres from the Fort Smith Railway.

According to a subsequent report by the The United States Immigration Commission, “the land was not fertile, stones and trees covered the surface, and these had to be removed before crops could be grown, and in several cases the settlers became discouraged and deserted the colony within a short time.”

The roads were “of the poorest type.” The typical Polish farm was 80 acres, though they ranged from 40 to 160 acres, the commission noted.

One of the best plots, near the summit of Blue Hill, was set aside for Immaculate Heart. Founded in 1878, it has been the soul of the community ever since.

Settlers named the area around the church “Jasna Gora,” after one of old country’s holiest shrines.

A May 18, 1892, article in the Arkansas Gazette described Bishop Edward Fitzgerald visiting “the Polish settlement in Marche” to greet a confirmation class of 70.

“The building was tastefully decorated for the occasion, and the ceremony was touching and beautiful,” the paper said.

With the parish clearly flourishing, “the Bishop advised the congregation to build a new church at once, as the present building was entirely inadequate to meet the demand of the community,” the Gazette noted.

A larger building was built within a few years but burned to the ground in 1932.

The current structure, with its tall bell tower and its vividly colored stained glass, was built soon thereafter.

In 1944, parishioners added Stations of the Cross — 14 depictions of the day Jesus was crucified. The wording accompanying the artwork — which continues to adorn the walls — was written in Polish.

The congregation still had a sizeable Polish-speaking population in the 1950s, Bajorek recalls, including her own parents and grandparents.

At some point, the parish was assigned a priest who didn’t speak Polish, but accommodations were made so that the older generation’s spiritual needs would continue to be met.

“They would bring in a priest once a month from Stuttgart, who would come and hear confessions in Polish,” she said. “I remember my grandparents being taken up there.”

In the parish cemetery, many of the early tombstones are written in the immigrants’ native tongue.

Some of the early settlers tired of farming and railroad work and headed elsewhere. But others put down roots in Central Arkansas; their descendants remain to this day.

A few, including Bajorek and Gubanski, even speak Polish.

At a Mass a week ago, Bajorek translated the Stations of the Cross texts for a non-Polish-speaking reporter. Four of the families attending the Saturday vigil were of Polish descent, she noted.

Immaculate Heart remains an immigrant parish, Bajorek noted, only these days they are coming from Asia, Africa and Latin America.

Father Ruben Quinteros, the parish priest, is a native of Argentina, with a limited Polish vocabulary and an appreciation for the old country cuisine.

“I can’t name all the food, but I can tell you the Polish sausage is amazing,” he said.

Immaculate Heart has a special heritage, he said.

“I am an immigrant who is serving a community which began as a refuge for immigrants,” he noted.

These days, the congregation includes worshippers from Korea, Vietnam, Laos, Colombia and Peru.

The diversity, he said, reflects “the beauty of our faith and our country.”

At Immaculate Heart, during Karnawal and throughout the year, “everyone is welcome,” he said. 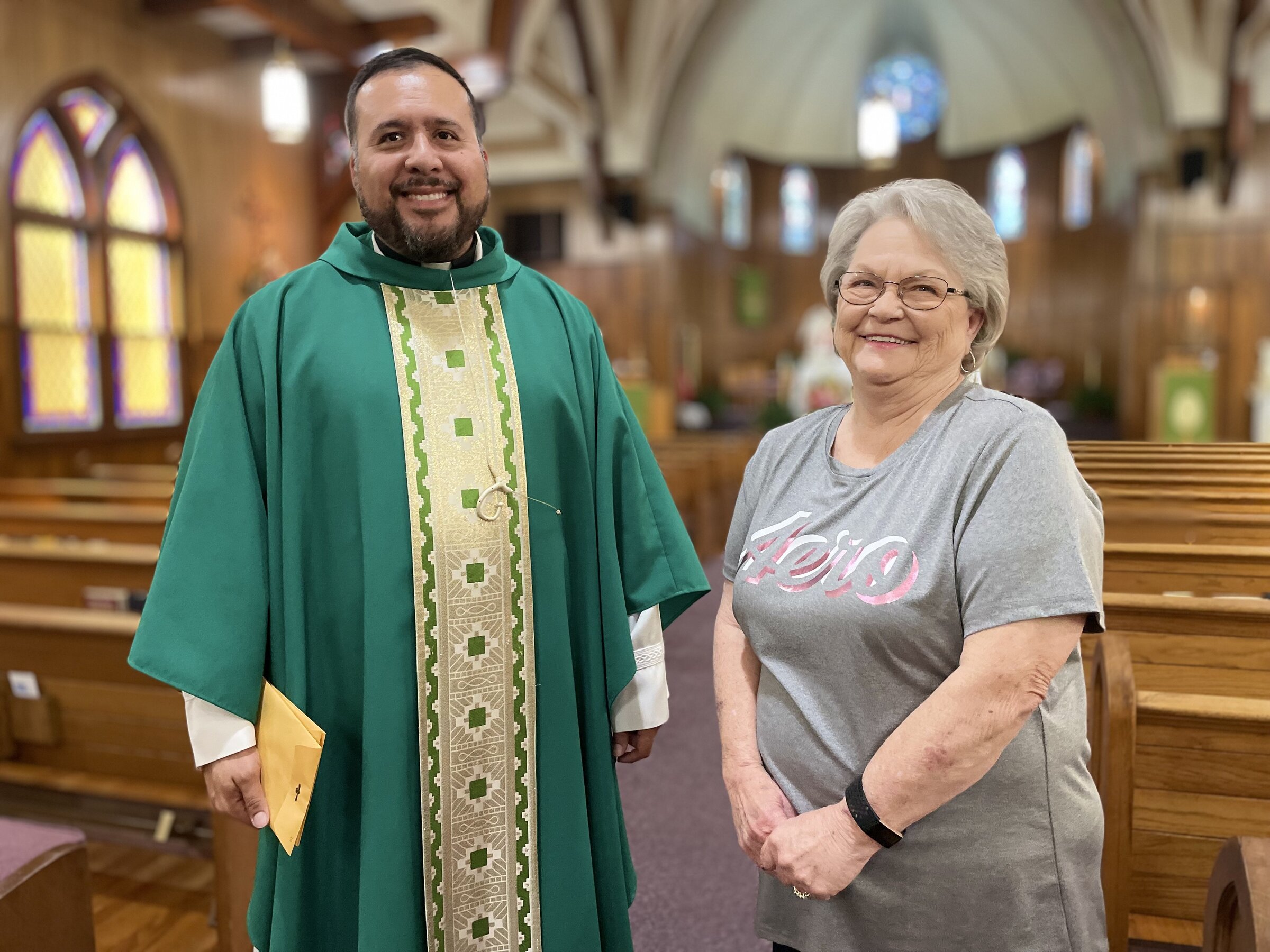 When Patsy Bajorek, 72, pictured with Father Ruben Quinteros, was a child, many of the older members of Immaculate Heart of Mary Catholic Church spoke Polish as their first language. The parish is holding a Polish Karnawal on Friday and Sept. 17. (Arkansas Democrat-Gazette/Frank E. Lockwood) 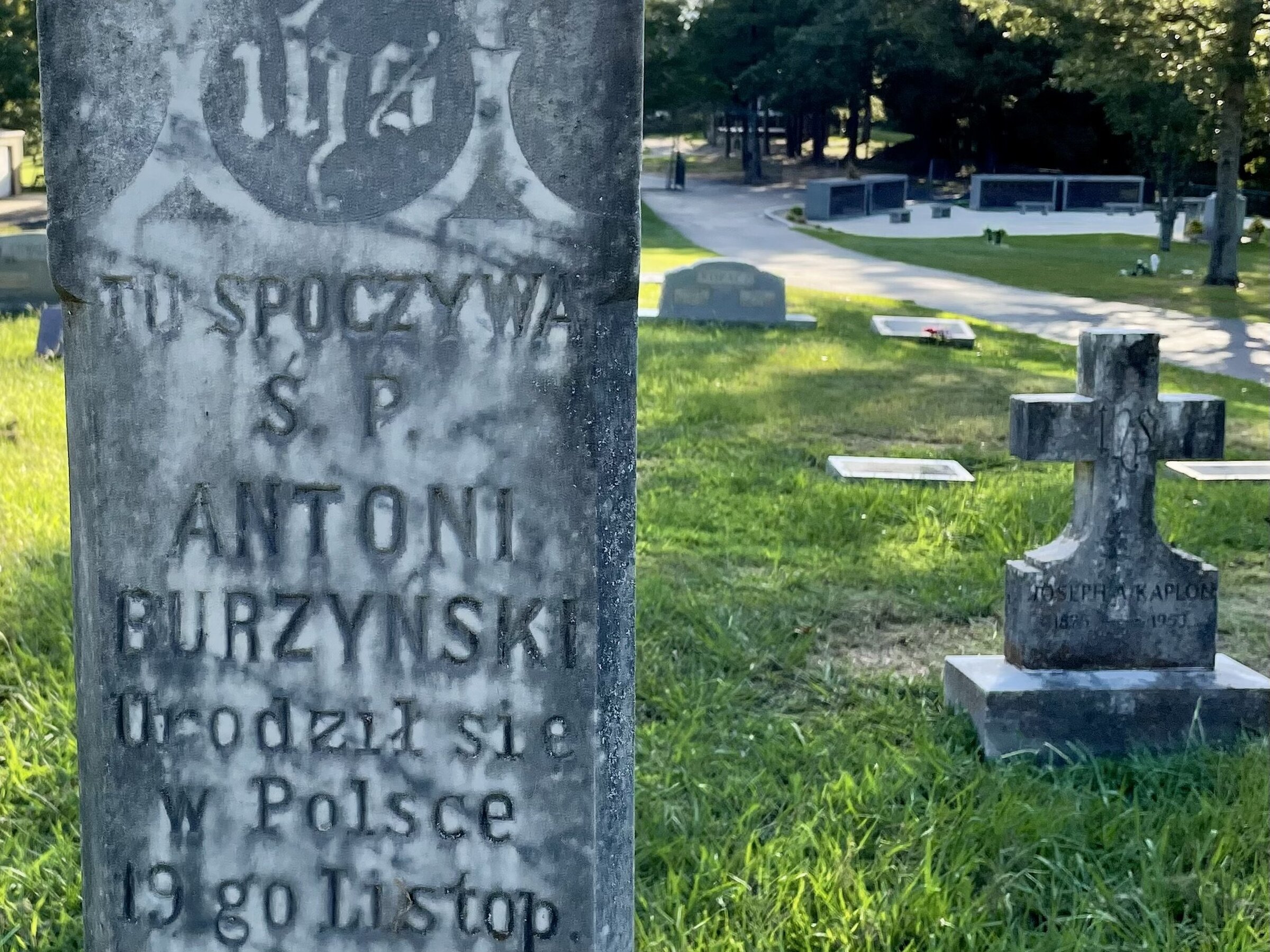 Immaculate Heart of Mary Catholic Church was founded by Poles or Polish-Americans who came to Arkansas in search of a better life. In the parish’s cemetery, many of the early tombstones are written in Polish. (Arkansas Democrat-Gazette/Frank E. Lockwood)