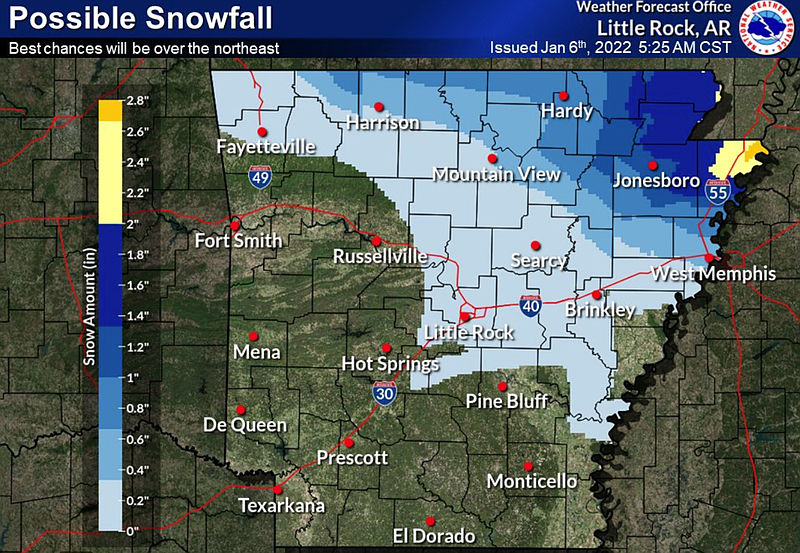 Parts of Northwest Arkansas could see scattered flurries through noon, though other parts of the state Thursday will probably receive more wintry precipitation, forecasters said.

In parts of Benton County, there is a 20 percent chance of snow through midday, according to the National Weather Service. In Fayetteville and Fort Smith, the forecast merely calls for scattered flurries.

Winter weather advisories are in effect Thursday through noon for parts of northern and east central Arkansas, and through 6 p.m. for far east and northeast Arkansas as portions of the state report seeing snow and sleet, according to the service.

A cold front was south of Arkansas on Thursday morning, with colder air in place across the state, according to a briefing from the weather service.

Significant snow, sleet or freezing rain totals were not expected, but parts of northeastern Arkansas may see up to two inches of snow, with chances slimming by the afternoon, the briefing states.

A high temperature of 27 degrees and a low of 12 is predicted for Thursday in Fayetteville.

Wind chill values are expected to drop as low as 5 degrees Friday morning in Bentonville.

A high of 39 is forecast for Friday in Fayetteville. 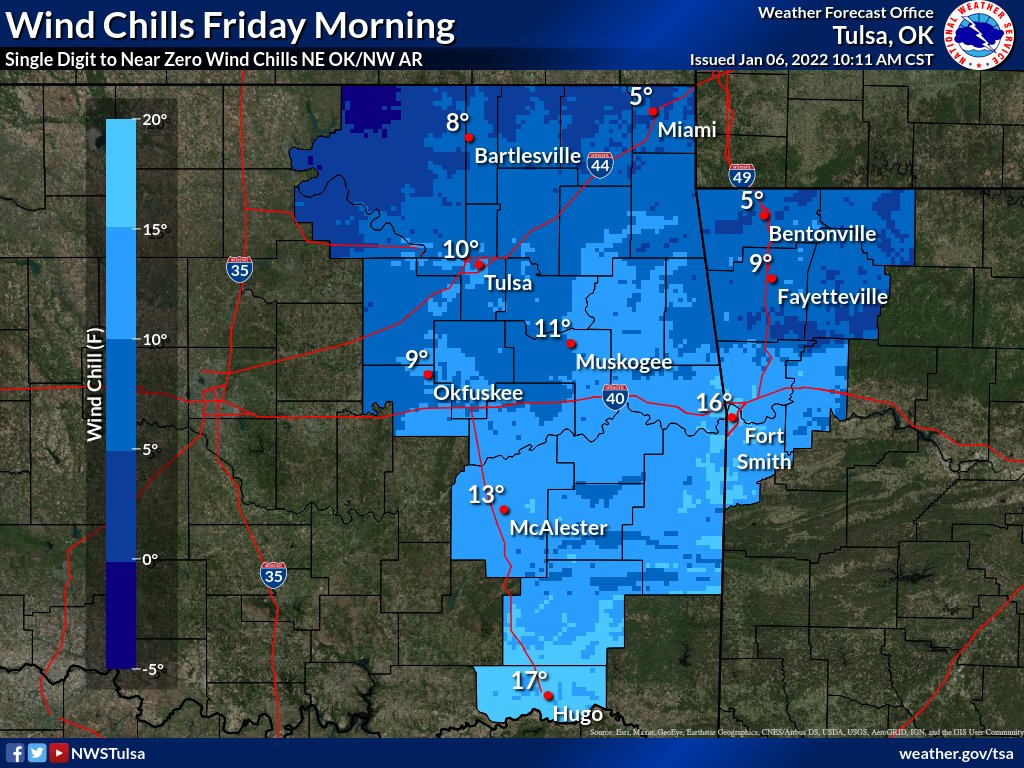