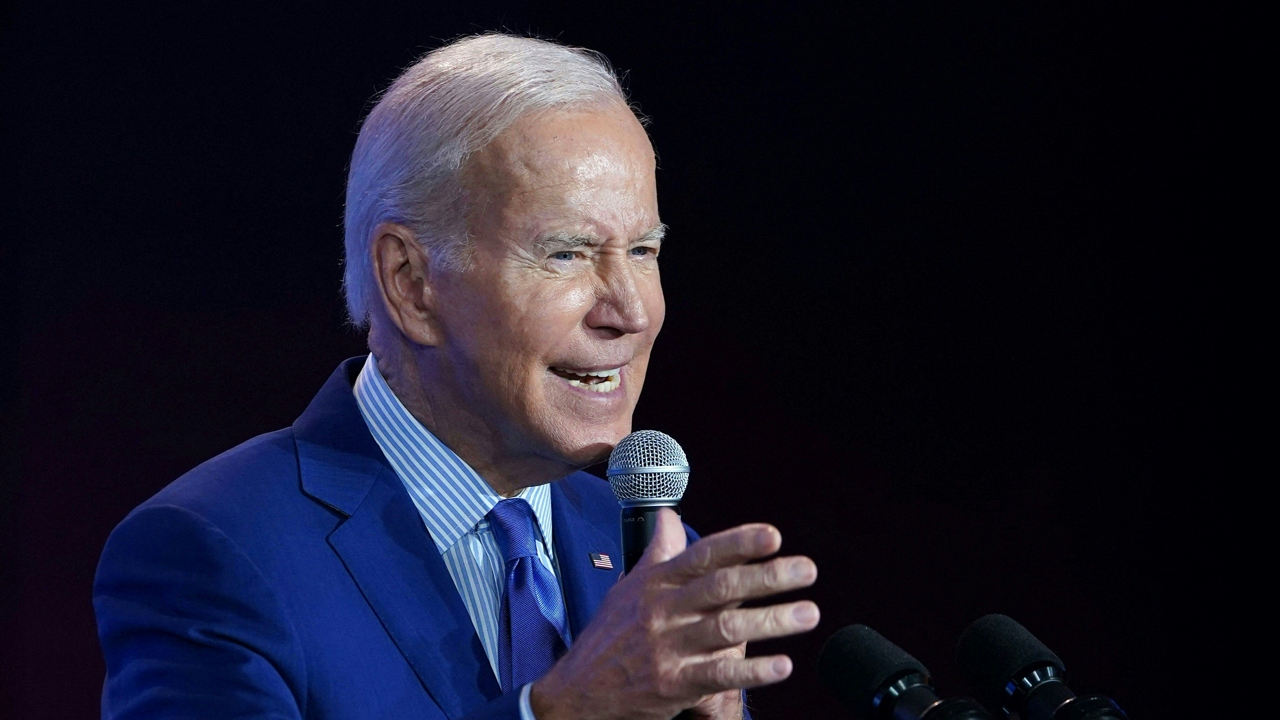 President Joe Biden tore into Republicans at a small private DNC fundraiser, ripping the threat of “blood in the streets” if former President Donald Trump is criminally indicted.

On Thursday afternoon, the president spoke to a small gathering of around 40 people at the home of Henry Laufer and Marsha Laufer, during which he took aim at “MAGA Republicans” as has become his habit.

The chunk included a reference to threats of varying explicitness — from the likes of Sen. Lindsey Graham and Trump himself — if Trump is charged:

They’re very much up for grabs right now, the institutions — whether or not the Supreme Court — what legitimacy it has, what it should have; what the Congress can and can’t do.

And, you know, we ta- — when I talked about there are some extremes within the other party — and this is not your father’s Republican Party. This is a different party than when you started helping me years ago. It’s a very different party.

And, you know, when you — when you defend people who broke down doors in the Capitol and tried to turn around an election and ended up with some police being dead, and when you defend them as patriots, there’s something different about what’s out there.

When you hear Republicans talking about “if certain things happen, there’ll be riots in the street and there’ll be blood on the streets,” it — it’s just — it’s not consistent with who we are as a democracy.

And when you see the continuation of the notion of failing to recognize the legitimacy of an election when there’s not a single thread of evidence to suggest it was anything other than legitimate, it’s — it’s a dangerous trend. And the fact of the matter is that, you know, the MAGA Republicans have a very different view of where they want to take the country.

The bulk of Biden’s speech focused on his administration’s agenda and accomplishments and featured many familiar beats.

Have a tip we should know? [email protected]

The National Archives has told the House Oversight Committee that it has not yet recovered all of the records from Trump administration officials that should have been transferred under the Presidential Records Act.The archives will consult with the Department of Justice “on whether ‘to initiate an action for the recovery...

Liz Lucking Also on Nick Clegg's to-do list: deciding whether Donald Trump, the former U.S. president, is allowed back on Facebook Nick Clegg, the former deputy prime minister of the U.K., current president for global affairs at Meta Platforms (META) and the man who will decide whether to allow Donald...

With the sun setting on the Day of Atonement and the Gates of Repentance closing, the chief rabbi on the bimah, beating his breast and shedding tears, cries out to the congregation:“I am nothing, Almighty! Nothing!”The cantor beside the rabbi, taking his cue, prostrates himself and repeats:“Lord, forgive me for...