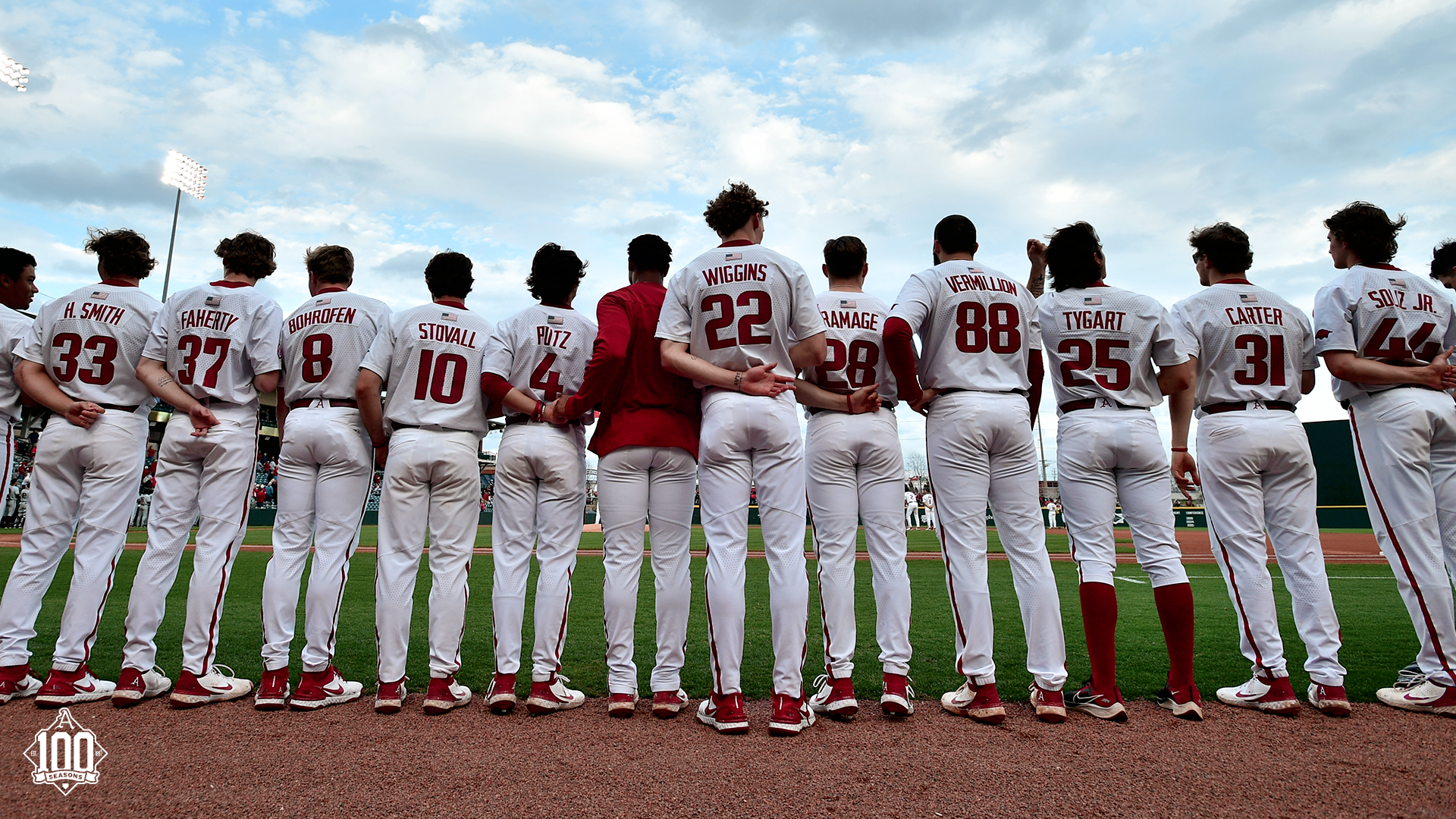 FAYETTEVILLE, Ark. – One of the best series in college baseball this weekend is at Baum-Walker Stadium.

Tune In
Friday’s series opener against Mississippi State will broadcast on SEC Network with Mike Morgan (play-by-play) and Mike Rooney (analyst) on the call. Saturday and Sunday’s games will stream on SEC Network+ with Josh Haley and Troy Eklund handling play-by-play and analyst duties, respectively.

Fans can catch all the action through the ESPN app on smartphones, computers and tablets or via Amazon Fire TV and Fire TV Stick, Apple TV, Chromecast, Roku, Xbox 360 and Xbox One.

The series can also be heard on the Razorback Sports Network from Learfield/IMG, including locally in Fayetteville on 92.1 FM, with Phil Elson (play-by-play) and Razorback great Bubba Carpenter (analyst) on the call. A full list of radio affiliates is available here.

Series History
Since 1960, Arkansas is 52-56 all-time against Mississippi State. The Razorbacks have had much of their success at home, however, holding a 25-18 advantage over the Bulldogs in games played in Fayetteville.

Arkansas is on a six-game winning streak against Mississippi State, thanks in part to a three-game series sweep of the Bulldogs last season in Starkville. The Hogs have won their last six home series against the Bulldogs, including sweeps in the 2017 and 2019 seasons.